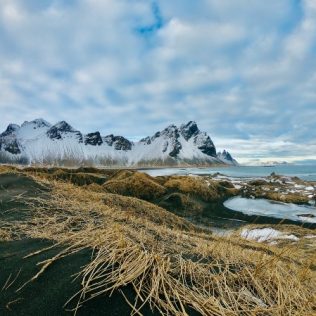 Fara Car Rental > Blog > The 15 Most Beautiful Places in Iceland

The 15 Most Beautiful Places in Iceland

Iceland is an isolated, remote country located in the Arctic Circle, home to some of the most stunning landscapes in the world. The country lures travellers with its wild, untamed scenery consisting of powerful waterfalls, temperamental volcanoes, massive glaciers, and bubbling hot springs.

Whether you’re visiting in summer or winter, it can be hard to decide which of Iceland’s most beautiful places to visit. But if you plan your trip well, you should be able to schedule trips to numerous stunning spots and even come across some hidden gems.

Iceland is not that vast, and it is possible to see the country’s highlights in only a few days. But if you have the luxury of time to spend at least a week in the country, it’s recommended that you do so, especially when visiting the more remotely beautiful parts of the island.

Whether you’re looking for jaw-dropping waterfalls or idyllic icy landscapes, here are 15 of the most beautiful places to visit in Iceland.

The Westfjords are a stunning and remote part of Iceland, often overlooked by tourists in favour of the more popular sights. But if you take the time to venture to this place, you’ll surely agree that it is indeed one of the most beautiful places to visit in the country.

The Westfjords is a large peninsula lying along the north-western part of the country facing the east coast of Greenland. The settlements here are small and sparse, set between untouched landscapes that are home to some of the best views in Iceland.

While exploring the Westfjords will require a lot of driving, the surrounding magical scenery will make the journey truly worth it. The place is even more interesting to visit because of its remoteness and the relative lack of tourists, meaning you’ll have many places all to yourself.

Located along the famous Golden Circle Route, the Þingvellir National Park is one of the most scenic places in Iceland. It’s a UNESCO World Heritage Site and has cultural and historical significance in the country, meaning that you can learn about the area’s background as well as admire the scenery.

The Þingvellir National Park is the only place on Earth where it’s possible to stand between two continental plates; the Eurasian and North American tectonic plates. As you explore the park, you can walk through the seismic rift valley marking the border between the two continents for a truly unique experience.

The Jökulsárlon Glacial Lagoon is located along the south coast of Iceland and is recognised for its stunning icebergs with streaks of blue, turquoise, and black. These icebergs are a thousand years old and were formed from the Öræfajökull glacier that has broken off and can be seen floating out in the sea.

Because of the melting of the glaciers, the lake has grown at differing rates. It’s now about 1.5 km away from the edge of the ocean, covering an area of about 18 kilometres squared. Recently, it has become the deepest lake in the country, with an impressive depth of 248 metres.

If you’re into hiking, the Landmannalaugar mountains are an excellent place for you to visit in Iceland. Located along a valley surrounded by colourful rhyolite mountains that gained their unique appearance from historic volcanic activity, Landmannalaugar features several scenic hiking routes. As you walk, you can witness some of the best views in Iceland and come across unique geological elements, including hot and cold springs.

Although the altitude in Landmannalaugar is more than 600 metres, the climate here is surprisingly mild. Plus, the riverbanks are covered in beautiful wildflowers and thick grasses, so the scenery is particularly beautiful in the spring and summer.

As one of the most scenic places in Iceland, the Blue Lagoon is a popular tourist attraction that you should see in Iceland. The stunning milky-blue water is in stark contrast with the black lava fields surrounding it and features in many well-known images of Iceland.

The lagoon is located along the Reykjanes Peninsula in the southwest part of the country. It is about 30 miles away from Reykjavik, making it a perfect first stop when arriving in Iceland. Since the Blue Lagoon is so popular, you’ll have to book your ticket in advance to gain entry, but it’s definitely worth it for such a beautiful outdoor bathing experience.

Reynisfjara is a famous beach in Iceland that’s definitely worth visiting on your trip. It’s one of the country’s most famous landmarks because of its iconic black volcanic sand and unusual rock formations and features on plenty of postcards and famous photographs of the area.

From Reynisfjara beach you can admire the magnificent views of the Reynisdrangar sea stacks. Legend has it that these unique-looking pillars are petrified trolls that have been caught outside at sunrise and got frozen in time. A more scientific explanation is that these basalt columns used to be part of the shoreline cliffs and have remained intact while the ocean has battered down the other parts.

Iceland is home to some of the world’s most beautiful waterfalls. One of the most spectacular waterfalls in the country is the Dynjandi Waterfall, located in the remote Westfjords Peninsula. The waterfall is made up of seven smaller falls that cascade down a huge cliff face and look like a tiered cake.

Each of the seven tiers has an individual name, and it’s possible to walk behind the third tier. There’s also a scenic trail at the waterfall’s base that’s easily accessible, or you can admire the most beautiful scenery from the top, featuring seaward views over lush valleys.

Mount Mælifell is a 791-metre-tall volcano standing out in a desert of black sand. It used to be hidden under the Mýrdalsjökull glacier, but when the glacier melted at the end of the Ice Age around 10,000 years ago, Mount Mælifell appeared.

Mælifell has several scenic hiking routes including the Laugavegur Route, which will take you from Landmannalaugar to Þórsmörk past an array of magnificent Icelandic scenery. Bear in mind that Mælifell is only accessible during summer, between June and September, because the hiking routes and roads leading towards it will be inaccessible in winter due to the thick snow.

Víti translates to ‘hell’ and yet Víti Lake is one of Iceland’s most popular places to visit. It’s an explosion crater with a diameter of 150 metres containing a geothermal lake featuring mineral-rich water, located at the northeast shore of Öskjuvatn, right in the centre of the Icelandic Highlands.

Although its name is not particularly inviting, the lake is one of the most scenic places in Iceland. The black sand around the lake offers a stark contrast to the rich blue of the water, and its remote location makes it feel slightly like a gateway to another world, or at least a place that’s a little bit magical.

Iceland is famous for its spectacular beaches, especially its unique black sand beaches on the south coast. But if you head to the West Fjords around a five-hour drive from Reykjavik, you’ll discover Rauðasandur or the Red Beach, which is undoubtedly one of the most stunning places in the country.

Rauðasandur Beach may not be as popular as the black sand beaches of Iceland, but its colour-changing coastline makes it just as unique. The sand glimmers during sunny days, but this can change instantly when a cloud passes and turns to a flat yellow shade, giving the beach an almost magical appearance.

Iceland is famous for its majestic waterfalls, several of which are featured on this list of the most beautiful places in the country. One of the most popular of them is the Seljalandsfoss waterfall, which offers visitors a chance to walk behind the thundering streams of water and admire impressive landscapes from the area behind the falls.

Seljalandsfoss Waterfall is 196ft tall and located in the south of the country right next to the famous road known as Route 1. The water cascading 60m down Seljalandsfoss comes from the Seljalands River, originating from the Eyjafjallajökull Glacier Volcano.

Also called the ‘troll of Northwest Iceland’, Hvítserkur is a 15m tall basalt rock stack that protrudes from the ocean in Húnaflói Bay. The rock has become a nesting ground for all kinds of seabirds, which is why it seems to be in constant motion, further enforcing the idea that this rock is very much ‘alive’.

Some people say that the Hvítserkur looks like an elephant instead of a troll, while others say it resembles a rhino. Because of its usual shape and various connected stories, this basalt rock has become one of the most interesting and beautiful places to visit in Iceland.

Vatnajökull National Park is a gorgeous park occupying a massive area of land in the southern part of Iceland, formed in 2008 after the Skaftafell and Jökulsárgljúfur National Parks merged. Covering an area of 12,000 square kilometres, there’s a huge amount of outdoor space to explore within the park, with plenty of stunning scenery that makes this one of the most beautiful places to visit in the country.

Iceland is home to some of the world’s most breathtaking mountains, and if you’re exploring the South Coast of Iceland, you should make a stop at Mount Vestrahorn. What makes the Vestrahorn Mountain special is that it is made out of gabbro rocks rich in iron and magnesium, resulting in the mountain’s dark and jagged appearance.

At 454 metres tall, the Vestrahorn Mountain stands separately from the other mountains in the nearby Vatnajökull National Park. It’s located further east from the other two popular attractions on Iceland’s south coast; the Jökulsárlón Glacier Lagoon and the glacier caves, so can be visited after these as the cherry on top of some truly stunning sightseeing.

Gullfoss Waterfall is undoubtedly one of the most beautiful places to visit in Iceland and is certainly one of the country’s most popular tourist attractions. ‘Gullfoss’ is an Icelandic word that means ‘golden waterfall’, so named because on a sunny day the water from the falls seems to turn a beautiful golden colour in the light.

Along with the Geysir and Thingvellir National Park, Gullfoss Waterfall forms part of Iceland’s famous Golden Circle tourist trail. With an average water flow of 1400 m³/s in summer and 80 m³/s in winter, Gullfoss has the most significant volume of water in all the waterfalls in Europe and is spectacular no matter what time of year you visit.

Iceland is a magical and mysterious destination, with its dramatic landscapes, larger than life mountains, lava rocks, enormous glaciers, and black sand beaches. Now that you know some of the most beautiful places to visit in the country, you should be able to plan an unforgettable trip with ease.

If you’re planning to visit many of the places talked about in this post, hiring a car to get around Iceland is your best option for total freedom and flexibility to travel when and where you want. If you’re planning a trip to Iceland and want to find out more about outstanding vehicle rental options, get in touch and speak to one of the team at Fara Car Rental for more information